ALL BOOKS FREE ON KINDLE UNLIMITED

Hated by his coworkers and killed in a chimpanzee’s cage. Can one sergeant serve justice for a brutally murdered grad student? 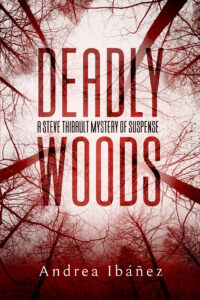 North Carolina, 1993. Steve Thibault’s heart has been dragged through the mud. But though he was thrown adrift by the abrupt end of his years-long relationship, the small-town southern detective has no choice but to rearrange his thoughts when duty calls. And his next case offers the perfect opportunity when an unpopular young man at a primate center is found viciously beaten to death.

from his familiar job in Leesborough to the North Carolina coast with his girlfriend, Gemma Farnese. They have come for a vacation and a little bit of work but are soon pulled into the mystery of a death of a museum docent, disappearing artifacts, and a drug deal in the making. Follow them as they try to distinguish friend from foe in the ever-complicating terrain.

Be careful what you wish for. That would be good advice for the three women in Deadly Mountains the third book in the Deadly Series set in the Blue Ridge Mountains of North Carolina in the Depression and in the present. The seemingly accidental death of a young mother, Rebecca Jennings in the past has repercussions in the present as her surviving daughter, Marion Thibault, seeks to learn to about her birth family. In turn, her daughter-in-law, Gemma Farnese, anxious to offer assistance in the genealogical research, pulls her husband Lt. Steve Thibault into the mystery and the circumstances that threaten them all. 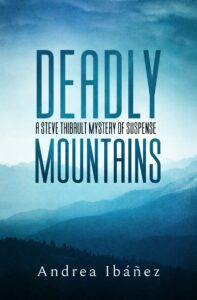 Deadly Dig is about a changing South, family relationships and social standing when money inevitably gets in the way. North Carolina is in the midst of a financial boom. Gemma Farnese and her husband, Lt. Steve Thibault, feel the effects when Bobby, his realtor brother, closes a big deal on vacant property owned by the formerly wealthy Southwells. The construction is halted by the discovery of bones on the site which may belong to the Eno tribe. A Southwell brother is found dead, fortunes are at stake and another death is imminent. 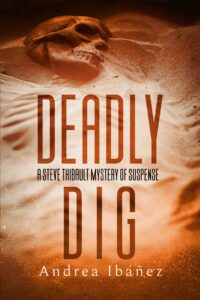