My gift to you. Claim your FREE 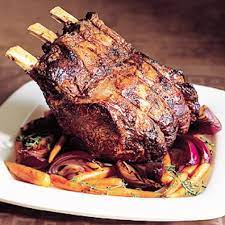 RECIPES FROM “CHRISTMAS RECIPE FOR MURDER: A Berkshires Cozy Mystery”

Claim your FREE copy of “Historic Homes of the Berkshires” 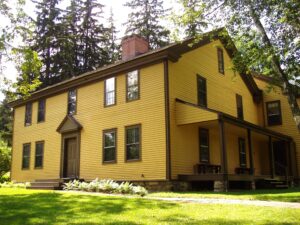 that contains a deleted scene from

Reviewed in the United States on September 14, 2021   What an amazing story! I was hooked from the first page by the vivid characters, detailed descriptions, and building mastery. I'm so impressed with how the author captures the feel, tone, and mood of this time period so perfectly. It felt like I stepped into an old movie and watched the characters play out their rolls on a movie screen. Andrea Kress knows her time period well and beautifully captures it on the pages of this story.

Reviewed in the United States on September 25, 2021   …”Berkshire Mountains, Massachusetts, 1931. Aggie Burnside is ready for her next chapter. But when her New York job falls through unexpectedly, the registered nurse jumps at another opportunity and moves to her best friend’s hometown. Though she’s barely settled into the small community before she’s entangled in the local judge’s shocking murder.”...
From the moment I began reading this book I was drawn in. From each page turn I was on the edge of my seat wondering what could happen next. Every character was well developed and the story line did not give away the killer before the end.
As I was reading I was imagining this as a tv show - Clue meets Jessica Fletcher. Such a joy to read and I eagerly await the next book in the series.

5.0 out of 5 stars Highly recommended

Reviewed in the United Kingdom on 13 October 2021

A cozy based in the 1930s.
Due to the time the story was set, there was no modern technology, which of course means that to solve the case,old fashioned methods had to be used to solve the case.
Personally, I like the aspect of the 'little grey cells', logic and observation being used.
Highly recommended to all cozy lovers, especially for those that enjoy reading Agatha Christie.

Reviewed in the United States on September 25, 2021   In this classic cozy mystery, recent nursing graduate Aggie Burnside takes a short-term job in the small western Massachusetts town where her best friend resides. The year is 1931. Life seems good in this semi-rural village where residents are affluent, not overly-stressed by the Great Depression or Prohibition, and are perfectly happy to be in each other’s business every second of the day. Aggie boards with a local resident, starts her job, and expects to enjoy her stay. Everything changes, though, when the local judge is murdered.

Strengths of this appealing cozy are many. The plot is engaging and challenging with plenty of clues and false clues, twists and turns, and no easy answers. The setting is so well described, from the mountain scenery to home furnishings and clothing, that the story takes on a cinematic aspect. This enhances the historical context of the story. Characters are compelling, and they seem neighborly and kind until they aren’t. They all seem to take on a darker side at some point in the story when it becomes apparent that any of them could be a killer. Aggie is smart, circumspect, observant, and most of all realistic. I especially appreciated her decision to study nursing and to support herself, given that her parents decided to give the family’s savings to her brother so he could attend university. Aggie’s realistic smarts serve her well when it comes to solving this entertaining cozy mystery.

Reviewed in the United States on September 28, 2021 Verified Purchase I appreciate a story set in the last century when electronics were not "on the case," and we relied on the observation powers of mere mortals. Andrea Kress doesn't paint word pictures to haunt your nightmares, another thing I appreciate in a book-before-bedtime read, and this is a dandy way to close the day. I was annoyed with myself for failing to remember a key clue; maybe you'll solve this one before Aggie does.